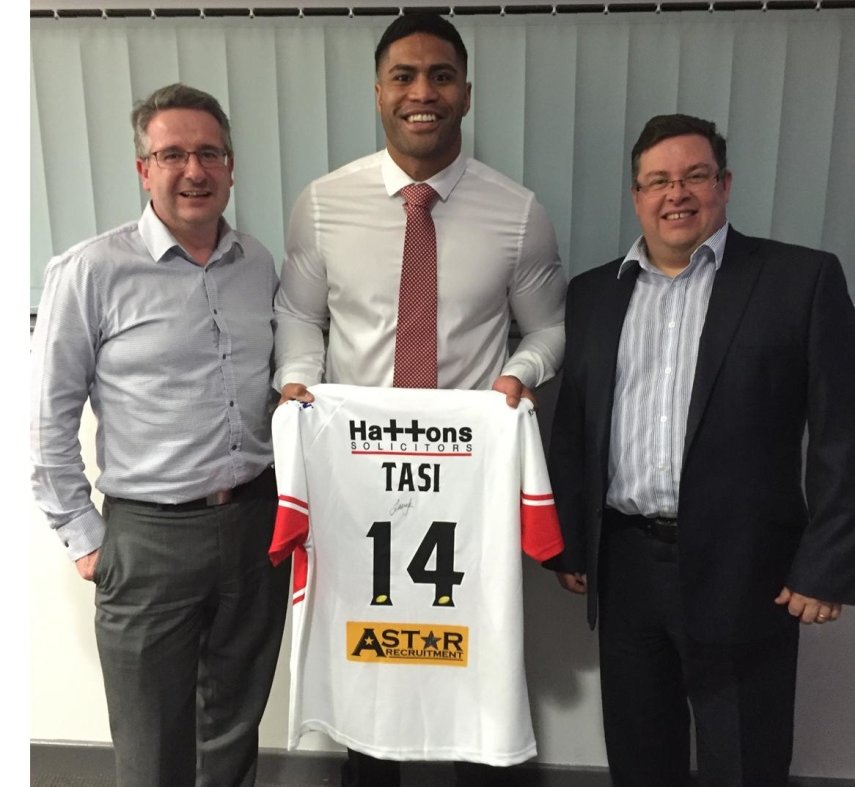 Rigby Financial are delighted to announce our sponsorship of St Helens rugby star Lama Tasi for 2016. The 6ft 2in, 16-stone Samoan international looks set to light up Langtree Park after being confirmed as one of Saints’ new signings for next season. And we’ll be backing him – and the rest of the Saints boys – every step of the way.
Rigby Financial director Andrew Rigby said:

“We can’t wait to see Lama in a St Helens shirt tearing through Super League and doing what he does best. We’ll be behind him every step of the way. Keiron Cunningham has put together a great squad for 2016, and hopefully we’ll get to see Lama and the rest of the team running out at Wembley and Old Trafford as the year progresses."

Tasi has joined St Helens on a two-year contract after spending the last two seasons with Salford Red Devils. The 25-year-old second-rower is approaching his best years and has already shown his worth by making an impact in Australia’s NRL competition. Devastating spells with Sydney Roosters and Brisbane Broncos, where his power and spectacular tackling style earned him the nickname ‘The Bondi Bruiser’, also led to international recognition with Samoa.Now he’s part of the St Helens family. And ours, too!